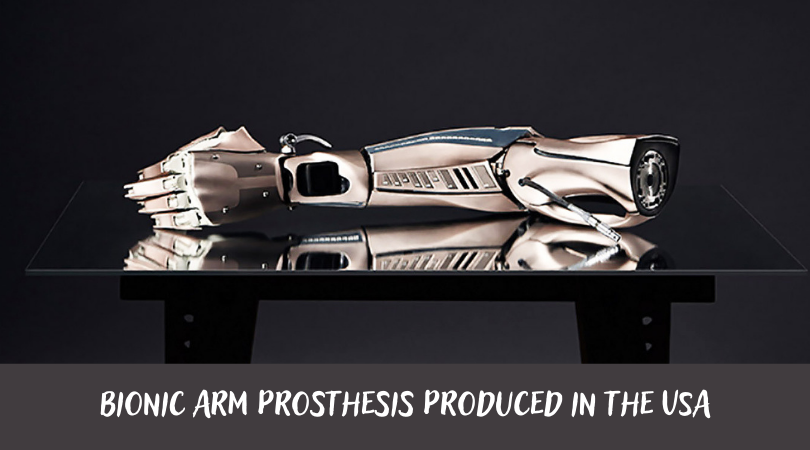 For the first time, a bionic prosthetic arm, capable of making precise movements by converting electrical signals from muscles, has received FDA approval for commercial use.

The US Food and Drug Administration (FDA) first approved a bionic prosthesis for commercial use. FDA approval is a necessary step in promoting a medical device in the US market. The creator of the artificial arm calls it “Luke Arm” in honor of the super-perfect bionic arm of the Star Wars hero Luke Skywalker.

DEKA Arm System (this is the official name for the artificial arm) is one of the most advanced bionic prostheses of the upper limb that has ever been created. As defined by the FDA, it “broadcasts signals from the muscles of the arm to perform complex tasks.”

Unlike some other bionic prostheses, the DEKA arm is not only similar in size and weight to the human arm but also looks almost like it, not like a robot arm.

The creator of the bionic limb, the famous inventor Dean Kamen, and his group, working as part of the DEKA Research and Development Corporation in Manchester, performed this work as part of the DARPA prosthetics revolution program, for which the US government finance $100 million. The goal of the program is to develop perfect prostheses that provide people with amputations movements that are close to natural. This greatly improves their quality of life. The DEKA project and several others are carried out under the scientific supervision of researchers at Johns Hopkins University.

The uniqueness of the DEKA hand is that it is capable of performing many simultaneous movements, its wrist and fingers can change their position for 6 different types of hand compression, which the user selects at will. Special sensors precisely control the compression force.

This bionic hand can hold such delicate objects as grapes, and at the same time work with such a massive tool as a hand drill.

The DEKA arm works according to the signals it receives from the muscles. For this, electromyographic electrodes are used to record electrical impulses from muscles to which an artificial arm is attached.

These signals are converted by the built-in computer into flexion and extension of the fingers or changing the compression configuration of the hand, for example, in order to capture a small object – a coin.

To perform complex movements of an artificial arm, additional monitoring inputs are required; for this, special switches attached to the user’s legs are used. They work wirelessly and transmit signals to the computer built into the prosthesis.

DARPA’s Revolutionizing Prosthetics Program began in 2006 and was sponsored by Jeffrey Ling, a former military doctor who served in Iran and Afghanistan. The main goal of the program was to replace the existing prosthetic arm in the form of a regular grasping hook. DEKA received $ 40 million from DARPA to develop its bionic prosthesis. An early prototype of the IEEE Spectrum appeared in 2008, it looked like a robot arm. Subsequently, the inventors worked on the design to make the appearance of the hand more “human”.

Kamen and his engineers improved the prosthesis in tests for military personnel who lost their arm. 36 war veterans took part in the testing, they gave the inventors their feedback and suggestions.

An artificial hand was taught to open the door with keys, cook food, use a knife and fork, comb hair.

According to FDA requirements, 90% of subjects should be able to perform complex movements with their bionic arm. In accordance with the program, DEKA plans to develop the production and commercialization of the bionic arm in order to ensure that this product enters the market. The prosthesis is intended for persons aged 18 years and over, whose arm is amputated either from the shoulder or from the upper or lower part of the forearm.

To date, DEKA is perhaps the most advanced bionic arm in the world, although in the past 5 years many different bionic prostheses have been created in the world, including at Johns Hopkins University.

One of the most perfect bionic hand prostheses was owned by Nigel Ackland. The only complaint about this prosthesis is its appearance.

The inventors are also working to give the artificial hand the possibility of tactile sensations, this was achieved using special sensors, known as pressure sensors.

Dennis Sorensen is the first person with an amputated arm, who got the opportunity not only to manipulate objects but also to feel them. His hand is much inferior in appearance to DEKA hand.