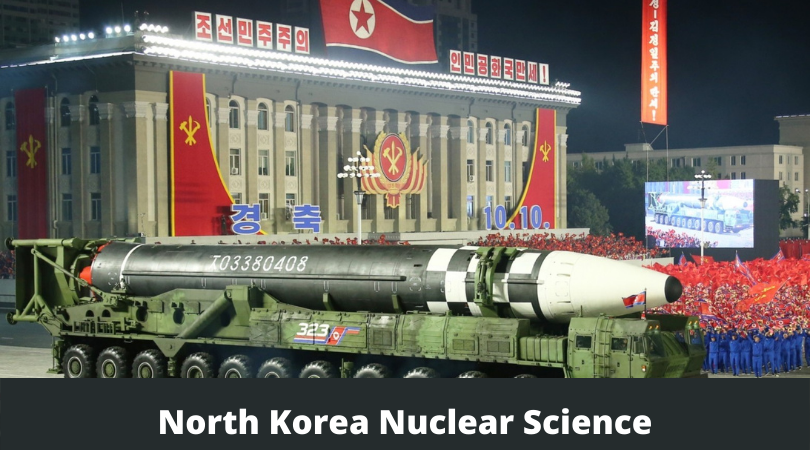 The beginning of the DPRK nuclear program, according to experts, dates back to the mid-1950s, when special scientific centers were created in the country. In the early stages, the North Korean nuclear program was developed with the support of the USSR, where North Korean nuclear engineers were trained (according to some estimates, about 300 people were trained by the beginning of the 1990s).

In 1956, the Soviet Union and the DPRK signed an intergovernmental agreement on cooperation in the peaceful use of nuclear energy; later, the DPRK signed a similar agreement with China. At the same time, the construction of the Nuclear Research Center began in Nyŏngbyŏn County (central part of the country), where already in 1965 the Soviet-made light-water nuclear rector IRT-2000 with a capacity of 2 MW was put into operation (later the North Koreans upgraded it twice, bringing the capacity to 8 MW).

Development of a nuclear program under the control of the IAEA

According to Western experts, the course towards creating their own nuclear weapons was taken by the leader of the DPRK, Kim Il Sung, in the early 1970s. At the same time, North Korean experts switched to the development of key military nuclear technologies. Having become a member of the International Atomic Energy Agency (IAEA) in 1974, the DPRK gained access to materials on nuclear energy topics. This allowed North Korean specialists to accelerate the process of mastering key nuclear technologies and intensify the study of the possibilities to create their own nuclear weapons.

In 1985, the DPRK signed the Treaty on the Non-Proliferation of Nuclear Weapons (NPT). The DPRK made this step under USSR pressure – joining the treaty was a condition for further cooperation in the field of nuclear energy. It was planned that Soviet experts would build in North Korea a nuclear power plant equipped with four VVER-440 reactors. However, after negotiations in 1990, the cooperation of the Soviet Union with the DPRK in the field of nuclear energy was stopped.

During the 1980s, two gas-graphite nuclear reactors were under construction in Nyŏngbyŏn County. The first of them began to work in 1986 and, according to experts, became the basis for producing weapons-grade plutonium. The second reactor with a capacity of 50 MW was built in 1985. In 1989, the construction of the third gas-graphite reactor with a capacity of 200 MW began in the district of T’aechŏn. All of them were structurally close to the French G-1 reactor and the British Magnox, developed in the 1950s. Access to technical documentation for these projects was obtained through the IAEA.

In January 1992, the DPRK joined an agreement with the IAEA on measures to control the country’s nuclear facilities (safeguards agreement). In February of the same year, the DPRK and the Republic of Korea signed the Joint Declaration on the Nuclear-Free Status of the Korean Peninsula, according to which the parties refused to test, manufacture, import, store, place nuclear weapons.

In May 1992, the DPRK accepted the first IAEA inspections, which confirmed the fact that Pyongyang produced plutonium in “less than what is required to create nuclear weapons, but more than what the DPRK claimed earlier.” Agency experts questioned North Korea’s approval of the production in 1990 of only 90 grams of plutonium for research purposes.

After finding inconsistencies, the IAEA demanded additional inspections of two storage facilities in Nyŏngbyŏn, but the DPRK rejected this requirement. In 1993, this country announced the start of the withdrawal from the NPT, in 1994 – from the IAEA.

The crisis was delt only in October 1994, when the Framework Agreement between the United States and the DPRK was signed in Geneva. According to this document, the DPRK actually halted the development of its nuclear energy industry by freezing five nuclear facilities, including the only experimental graphite moderator reactor in Nyŏngbyŏn at that time, capable of producing weapons-grade plutonium, according to American experts; the construction of two power units with a capacity of 50 and 200 MW was also discontinued; in addition, the DPRK resumed fulfillment of its obligations under the safeguards agreement with the IAEA and suspended its withdrawal from the NPT.

In exchange, the United States promised to build two light-water reactors in the DPRK and supply fuel oil to Pyongyang before they are put into operation. To fulfill this contract, The Korean Peninsula Energy Development Organization (KEDO) was created, which includes the USA, EU, Japan and South Korea. The implementation of the agreement eventually came to a standstill due to disagreements between the DPRK and the United States. At the end of 2002, the DPRK announced the resumption of its nuclear program; on January 10, 2003, it announced its final withdrawal from the NPT and the IAEA.

In August 2003, at the initiative of the North Korean side, six-party talks began to resolve the nuclear crisis on the Korean Peninsula, in which representatives of the United States, North Korea, China, the Republic of Korea, the Russian Federation, and Japan took part. In total, six rounds were held, but in April 2009, representatives of the DPRK announced the pointlessness of continuing negotiations.