Brain Drain in the USA 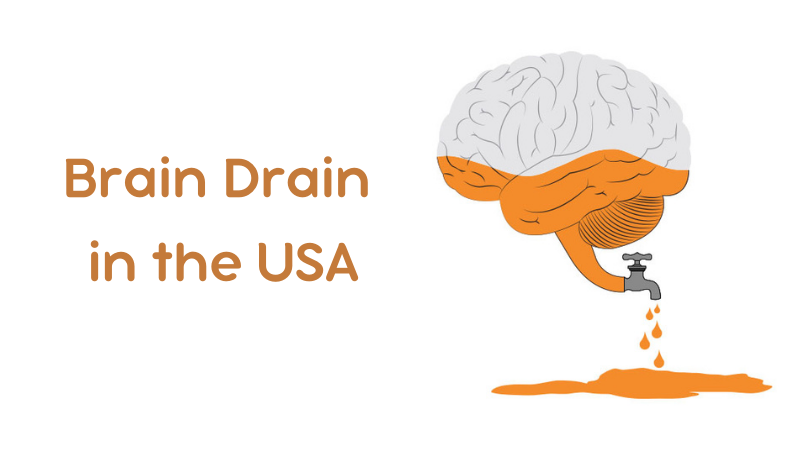 Most foreign students who study in the United States are not going to stay there for long. Thus, the United States has the risk to lose a strong talent students in science and technology. Analysts attribute the upcoming outflow to the decrease in the US economy and the number of working places. Meanwhile, backward migration from rich to poor is becoming a global trend.

There are more and more students who intend to leave the United States after graduating.

A few years ago, a large number of foreign students, in particular from India and China after graduation, tried to stay in the United States and find work there. Recently their intentions have been changing. Now many students are going to return to their homeland, where they plan to open their own business or find a job. Interviewing over 1000 foreign students, sociologists found that the number of those who intend to leave the country after graduation exceeds the average of previous years.

Only 6% of students from India, 10% from China and 15% from Europe are planning to stay in the USA today. 58% of Indians, 54% of Chinese and 40% of Europeans want to stay in America for several years after graduation.

Many of them are confident that finding a job or starting a business at home will be easier than in the United States. These are the statistics of 52% of Chinese students, 32% of Indian and 26% of European. The fact that it is not easy to get a green card in the USA.

The departure of educated foreign students can cause significant damage to the human resources of American science and technology. Indeed, it was in these areas that immigrants have played an increasingly important role over the past three decades. Indeed, according to statistics from the National Science Foundation, foreign students received more than 50% of the total number of degrees issued in the United States in the technical sciences, mathematics, cybernetics, physics, and economics.

Professor Vivek Wadhwa of Duke University recalls that foreigners have arranged many outstanding companies in the United States, mainly in the technological field: Google, Intel, eBay and Yahoo. So he insists on stepping up government work to keep visitors “brains” in the country.

Lindsay Lowell, who holds the study of migration processes at Georgetown University, notes that the growing backward migration reflects the current state of the US economy. There are few offers on the US labor market today. At the same time, it is easier to find work in India.