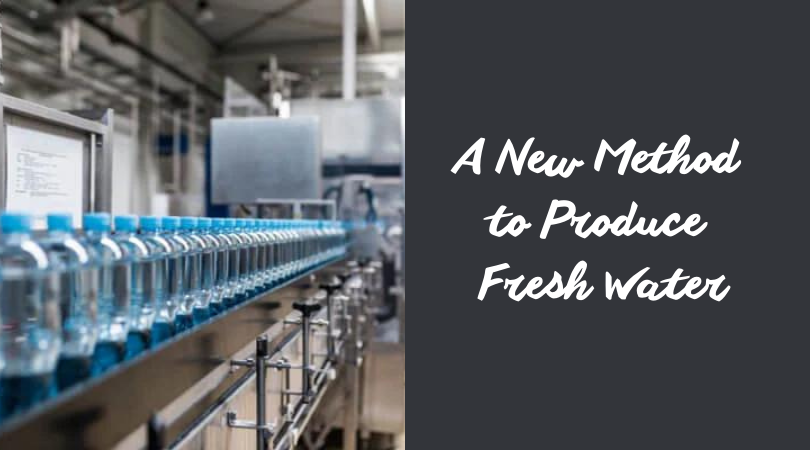 A team of scientists from the United States and Saudi Arabia has created a prototype device capable of extracting water from the air at a humidity level of 20%. The device works using the energy of sunlight.

For the first time, scientists have developed a process to control the capture of water from the air even at a relatively low level of humidity.

The device is based on a porous structure from an organometallic material, microcrystalline powder. This substance, called MOF-801, has cavity molecules in its structure, due to which it is able to capture and concentrate water molecules. In fact, it just absorbs water like a sponge. The powder is placed in a porous copper foam soldered to a copper substrate.

The work of the prototype is based on temperature changes during the day. At night, during the collection of water, desorbed steam condenses at ambient temperature enters the absorbent layer, an organometallic material.

During the capture of water in the afternoon, when the water in the organometallic material again turns into steam under the action of sunlight, it is adsorbed on the layer of the organometallic framework heated by the sun’s rays. It is emitting heat by means of a heat sink. As a result, the water does not evaporate into the external environment. Drops of water formed flow into a substituted container. Thus, potable water is obtained. The device works completely without electricity.

Previously created devices worked only at a high level of humidity (close to 100%) and required a huge amount of energy.

The experiment showed that the device is capable of collecting 2.8 liters of water per kg of organometallic material daily at a relative humidity of 20%. Such humidity is characteristic mainly for equatorial regions (coastal regions of Central Africa, Southeast Asia, the Caribbean).

The device works due to solar radiation, which is very beneficial because in most of the “dehydrated” regions hot sunny weather prevails.

Such discovery can help solve the problem of water scarcity for people, as well as expand the possibilities of agriculture. Scientists continue to work on modifying the material used so that the device has a price that is affordable for people from third world countries.